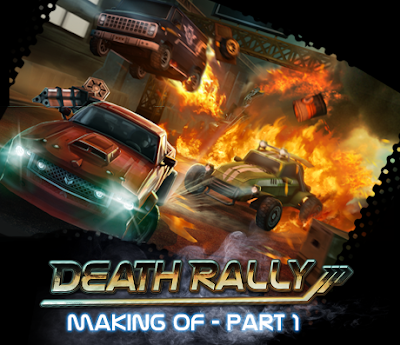 (Click on the images for larger versions)
The development started almost a year ago with this physics prototype by Death Rally lead programmers Antti and Jukka Viljamaa. It's coded in Java using Eclipse:

Placeholder 2d graphics by the talented Heikki Repo (he made almost all art assets for Death Rally): 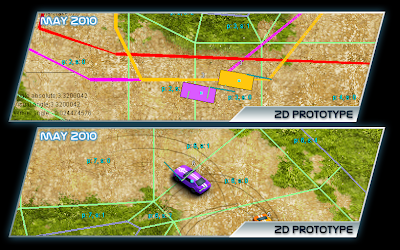 Combining the 2d prototype with Minigore's 3d engine was a long process. We had to make lots of optimizations and some drastic changes to the pipeline. Heikki uses Blender for 3d, while I made Minigore art with 3ds Max. That resulted in the need to use different exporters.
Seeing the silly car with hands made us think maybe Pixar's Cars would have been a more fitting license than DR ;) 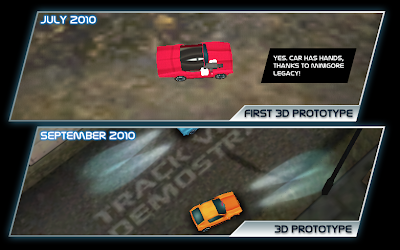 In the final polishing stage we focused on making the gameplay as smooth as possible. The last week of balancing made the game very addicting - there's always that one more race you have to try :)
There was also time to do some extra candy for iPad 2. If you're playing Death Rally on a brand new iPad 2 it has anti-aliasing and 60 fps mode enabled! 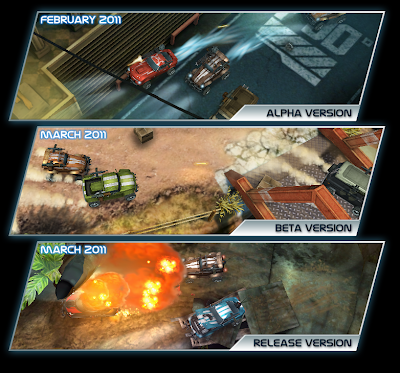 In the next part we'll show you the evolution of the garage screen. It's a screen where player can interact with the car, customize paint jobs and change weapons.
Posted by Timo (Mountain Sheep) at 7:13 PM