A fix for the FPS counter has been submitted.
-----
SURVIVAL ARENA, DUKE MATCH, NEW CAR, and a lot of improvements and bug fixes! And there is more to come VERY SOON. Keep living the Death Rally! 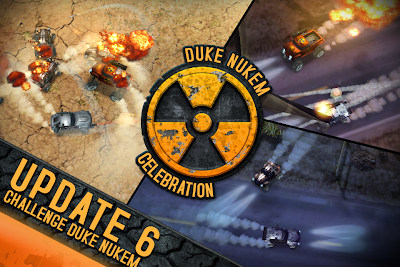 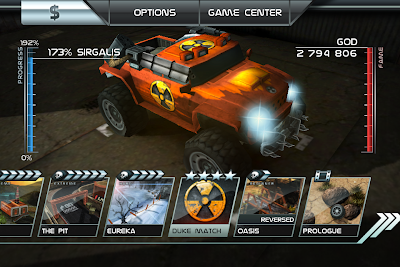 Update 5 is in review! 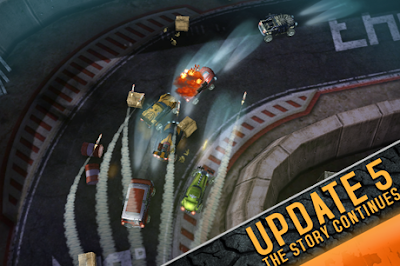 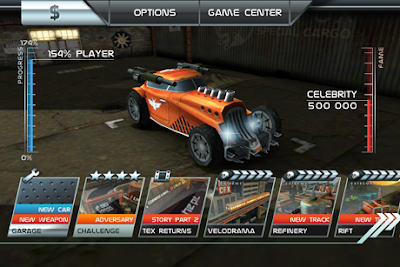 Update 4 has been submitted! 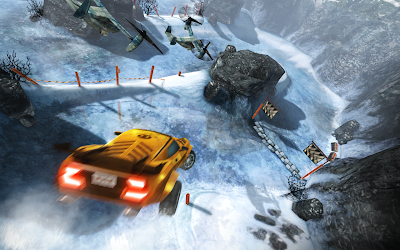 Happy Easter everyone and thanks for the feedback! We'll keep improving and tuning the game :) 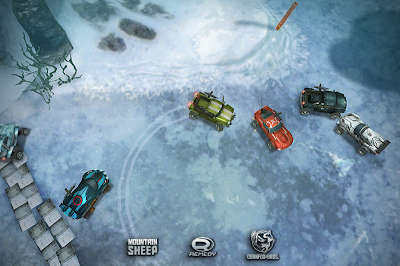 The snow level Eureka will be added in Update 3
We might post a gameplay video of the new level sometime next week, stay tuned!

Another update with awesome new features is coming out any moment! It was submitted a week ago and the status is currently "In Review". 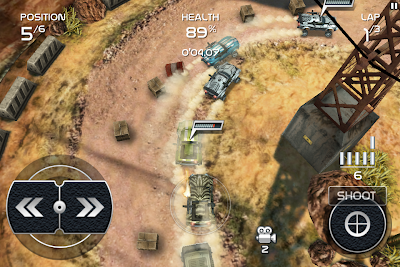 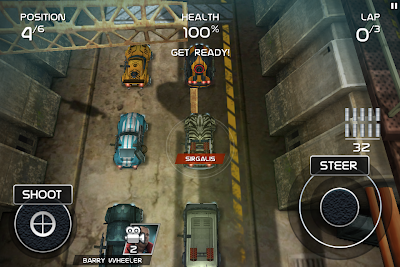 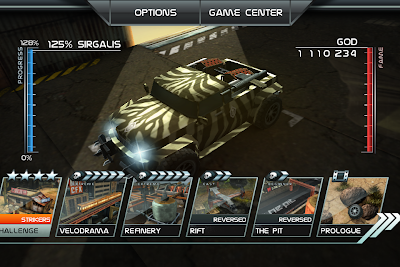 All the reverse races have their own icons and you can now race The Pit in reverse.
New Zebra skin for Dervish and the new Strikers challenge.
Improvements:
-New icons for reversed, mixed and rotated races
-Beginner bosses are now easier
-Velodrama and Refinery tweaked
-Vagabond physics changes
-Improved control tutorial

The Second Update is currently in "In Review" and could be available any moment!
In the Third Update you can look forward to a new track! One hint: it's gonna be slippery...
Posted by Timo (Mountain Sheep) at 1:51 AM 11 comments:

Death Rally is now available for $2.99!
We promised regular updates with new features, and there is more to come VERY SOON. Keep living the Death Rally!

New car:
-Unlock the power of the Wraith, a fast and furious NEW SPORTSCAR!

New weapons:
-STRIKER: Dish out massive damage with a weapon that fires multiple rockets!
-LASER SIGHT: Aim and destroy the enemy with more accuracy than ever!

Teaser of the new sports car Wraith and laser sights! Remember to watch in HD and of course buy the game tomorrow!